Over the weekend I finally got around to completing near the rest of the story, leaving me what I think amounts to a couple of missions and that whole Arah dungeon left. All I can think at the mouse mentioned regarding it though is that I’m not impressed… like at all.

I dislike the story, I dislike the implementation, I dislike the characters, and most of all I dislike the adherence to overused story tropes. That may sound a bit mean but that’s unfortunately the way I feel. I can only attest to the story parts that I didn’t skip past, and that unfortunately isn’t many but every time I did skip I was getting the same feeling it was all “blah, blah, blah.. Help us, blah blah, great evil/peril, blah blah fight this random mob/s”. It just seems so unimaginative in so many ways yet I know the can at least pull together a reasonable story as the books that have come out so far were rather decent for game literature. 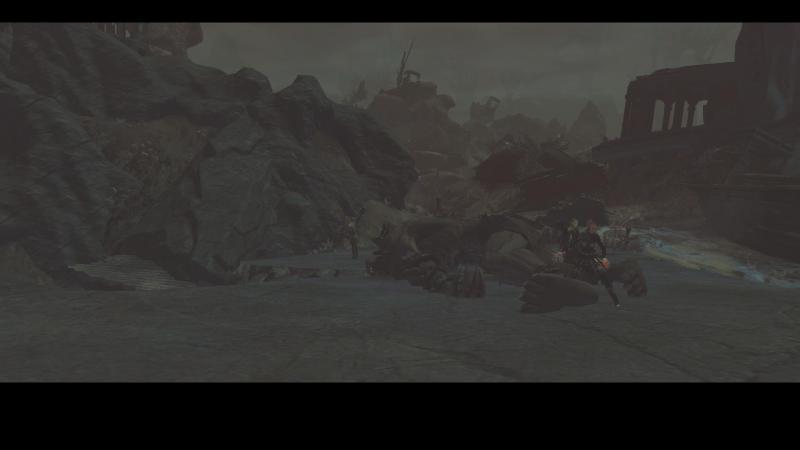 I just can not stand such lazy story making and being a witness to it makes me not want to bother with any of my other alts. Maybe this is because I have read a decent number of good and bad novels including fantasy and sci-fi (lots of crime as well), maybe it is because I’ve been spoiled by the great story in other games (TSW for one), or maybe just maybe it’s because I can sense when something is really really bad. Maybe this is all just subjective hearsay… Maybe.

As with the whole swtor debate I just don’t understand how the fans can so vehemently defend the quality of the story parts, is that merely a by-product when someone is that invested in a certain ip or company. I have talked with a few people at length about the many things I disliked about the story in ToR but the funny thing is I actually liked it far more then this. I know the fourth pillar can be done well and can enrich a gaming experience, but when done poorly.. Wow.

The part I dislike most is that throughout the entire second arc of the story Guild Wars 2 attempts to shoehorn your character into pretty much the same situation time and time again. The further you get into it the more linear it feels, yet in ToR it usually felt like I was a part of what’s happening. Even if that wasn’t much in terms if guiding events it was still something; I learnt about my character, grew with them in many ways as they progressed up the chain of command. For GW2 my, and other characters seem so very static; immovable objects following a determined path that is entirely unchanging. 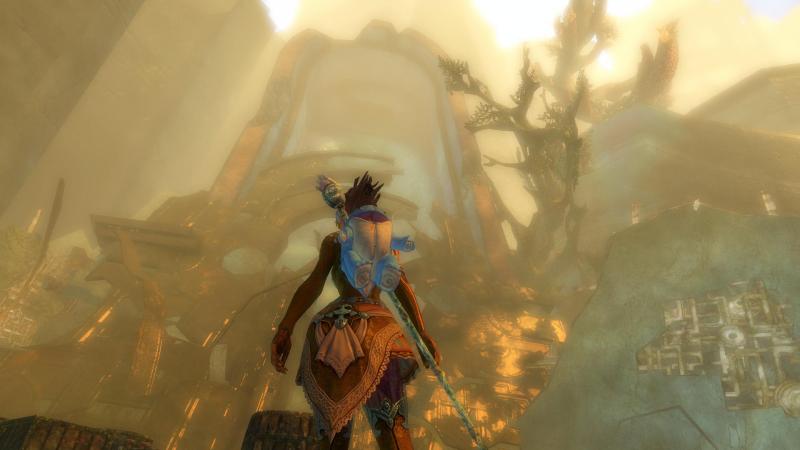 Initially our personal story choices guided the story we experienced, it was great to have a definitive input in the direction the story was going. Some of the choices were great as well and contained a certain amount of moral ambiguity. Finding my lost parents during beta, and trying to reunite lovers despite the taint of the nightmare will be fondly remembered. Those were times when I was experiencing emotion, when I was learning about the characters in the world and about my own character. Those were well crafted scenarios in many ways, they still had flaws but the were a joy to play through.

Then after that initial story part the personal choices mean very little as it just becomes and endless series of battles. There is no real way to make an impact within the scenarios here as was so claimed as most are merely cosmetic changes in many ways that do nothing to determine events. Which Faction to choose, defence or attack decisions…how about freekin neither. It’s all just endless repetition and iteration of the same exact conflict. It seems they have so rigidly structured the basics of a narrative story that they have forgotten what it is in stories we enjoy. The initial scenes of this story arc are the most basic of an introduction, we barely know or understand the characters and the impact of this initial struggle. The conflict has no build up or tension involved and the characters barely evolve from their rudimentary begginings. There is just no nuance in the story, no mystery in the events that unfold, just basic familiar tropes that move the story nowhere.

I hear many claim that having the grand treahearne involved ruined the story for them solely by him being the main hero, I don’t see it like that exactly. The problem is that regardless of already having a savior for Tyria they are still trying to cram you into the same role. Time and time again your called on to be the grand hero who saves the day… alongside another grand hero who is saving the day. The hero who is always active and pressured into a set mold honestly does not make a decent character for a game. Its boring in so many ways, and then you have the hugely conflicting feelings that treahearne brings as he is the hero and you the sidekick..it doesn’t help either that he continuously dies during missions when not defended and still gets mist of the praise and reward over yourself.

It would have been so much more interesting if they had truly freed you from the burden of being a hero and let treahearne take on that role in its entirety. For big fights you could still be involved but then fighting doesn’t have to be the main aim. Without the pressure of always saving the world you can be more a part of it; Finding artifacts, reuniting families, rebuilding homesteads..scouting missions, puzzles, stealth etc. could have all been a part of it then quite easily. 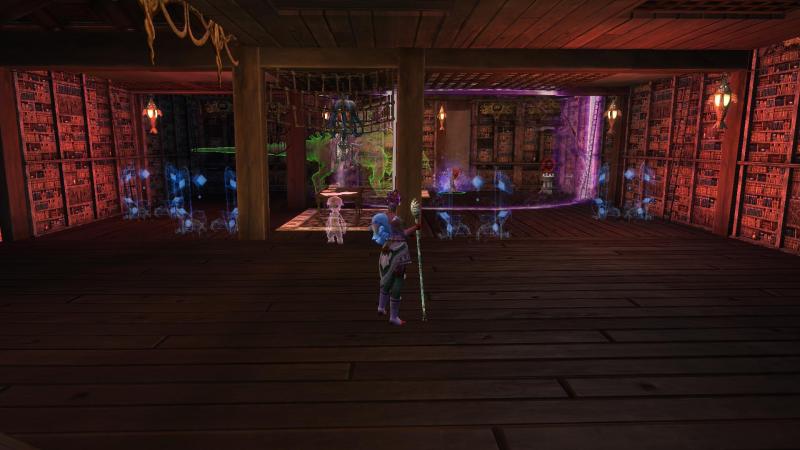 Most of all though, irregardless of Treahearne the world is not and should not be so helpless all the time, it is just so unrealistic. Towns and outpost should be able to defend themselves, and the help of a sole vagrant should not be a determining factor in the outcome. It should be groups in many ways that make the difference in the war, Destiny’s edge were an excellent part of the story as it iterated on the fact that it is coordinated groups of people that make a difference. This is where I think it would have made a lot more sense to have the story parts stretched out a little more and for you to basically have a henchman system with friends and randoms being able to fill the role if needed. You would have founded a separate Destiny’s edge type group, a guerilla team capable of great destruction. In a multi player world it is abundantly clear that we are never the soul saviour so then why not work that to your favour.

The way these stories are implemented seems all wrong as well. While I am not as worried with the cutscene mechanic and style of the dialogue, it just seems a bit wrong that there is little choice involved during these scenes. In TSW it always kind of made sense as you were just hearing someone else’s story most of the time and then following on from that. Tor had the dialogue choices that cumbersome in many ways and unable to account for the diversity of its players felt right to have. The lack of input the character has feels a little stifling in many ways as this is supposed to be a game isn’t it. The action titles have been blurring how a player engages in the story but for an mmo you should always aim for the sense of agency to be on the player, after all it is more their character. While there are a few choices throughout, as I mentioned before they are merely cosmetic. The story is going to progress in the same way, events will unfold as fortold, the same endings. When events do diverge the immediately come back to the medium. That’s what makes these equally unappealing to me in many ways, not in a moral way but more just based on a sense of boredom. Choice should mean something I have a game, the brilliance of the walking dead shows how possible that is while still maintaining a set story.

I’m not a fan of the heavy use of instancing at many points too. Most of these are fine when they are places that are not accessible from the game world, but when story event unfold in familiar areas it starts to feel wrong. Big events can be unfolding all around, masses of creatures, corpses and damage yet as you exit the instance the world appears as if nothing happened. It makes it feel at times like your actions in these events are inconsequential. When this happens it makes the entirety of that story non believable and becomes utterly immersion breaking. the have a wonderful events system in the open world, i would have thought they might try and use it for certain big events. Or, I know that Anet hate wow but why not just have some sort of phasing.. they should have at least been more extensive in their changes to many npc’s automatically dialogue so that maybe for a little while after completing a scenario they recognise your actions. this is maybe a minor problem in certain regards but it is one of the the the biggest points in completely ruining the feel of the story, sustain that sense of belief , and my level of enjoyment from one part to the next.

I don’t believe I’m being overly harsh in my criticism, yes it is a game but one of the selling points for them was a personalised story. If your going to do something, do it well or not at all. It has been said that the outsourced the writing elements to someone else but then this does not explain the many moving events at the times when it was about your personal story.. That part was brilliant. I think they wanted and aimed for gamifying this story within a typical mmo/rpg combat system and that really doesn’t allow you to create much differentiation in the scenarios. It is stuck just revolving around combat and conflict, and that is not a very good foundation as you only end up experiencing a single dynamic of it.

8 thoughts on “GW2: Overused Themes and a Guided Story”