So I’m sitting here, at my computer watching the patch download for Elder Scrolls Online that I forgot to put on when I got home although by the time I finish this it seems I could have been playing for an hour or more.. DAMN YOU BLOGGING!! I’d been thinking the release so far was just too good to be true. It started of early and really quite smooth considering just how big this release is. I logged in early, created a character and then was immediately within the world Cyrodiil, or at least, some sort dimension within it.

The Tutorial went by as it usual did and then I was placed into the first zone and was absolutely amazed to see the amount of people standing around me, starting off for the first time and just going about their business. I’ve never experienced a launch like that, HELL, most if not all the current mmo’s can’t do that now and they’ve had months and years to work on this. It’s amazing how much optimisation improves the basic gameplay and the feel of combat which for me means no more stuttering… AMAZING. whatever kind of dark magic has gone into making the servers and client coding they should definitely keep doing that. I did have my settings quite low initially as I was expecting something a lot worse but it was quickly bumped up from this.

WAAAIIT! There are people in my Skyrim

As far as when playing there were some certain problems for a few quests. A couple of missions not resetting or spawning correctly and one that didn’t show an effect properly. From what I understand this might have been because I was one of the people blasting through during the beginning, getting to some of those key quests before they bugged out. Some of the guild that came in later where facing a lot more of these and having to relog multiple times to get a working instance and for some, not at all. Under the continuous pressure of the masses storming the castle it seems the system that controls many of these quests just can’t keep up and eventually fails. Luckily on the Aldmeri Dominion none of them seem to be the major story blocking type but those were once again an issue from what I hear.

For other issues there were a few. My computer would lag out occasionally that would result in a crash but these were very infrequent. Mostly, it was just playing the game and I really enjoyed it, more than i have a lot of mmo’s lately. It impressed me. Oh, there was this occaision. It would be an mmo if you didn’t fall through it at least once.

Now that house of cards finally seemed to face enough pressure to crumble and Zenimax have spent many hours building that back up again. Just in time for the 3 day head start players which I imagine would be a large amount as well. Many are complaining about this, that they are missing a day or more of what they payed for but when you’ve been privy to enough mmo releases you know that the first week is always the worst, guaranteed. Sometimes it goes on longer and the amount of problems varies but that first week is always pretty rough. It’s the reason I only ever take holidays for the second week, or even a bit later.

As for the game itself, there really isn’t much else to tell from what I already have. I am really enjoying the basic design and flow of the maps and questing in general. With the style of the quests and the story elements I’m, mostly, taking my time with them to read and become immersed in my surroundings. It is a wonderful world to do this in with the wealth of lore, characters and detail all around you. Every single element is there to create a living world, yes it is mostly a façade to disguise the more linear and unchanging elements but it is a surprisingly well designed façade that includes a wealth of elements that promote such immersion and engagement

If only I could own that little shop

With the design of the zones you kind of become enticed towards this new flow even further. The zones are full of interesting events, quests, chests, bosses, dungeons and other important characters and I just can’t help but to explore further along to find what I can, where I can. I can’t stress just how much I love this gameplay. It is so much less focused than the usual fare leaving you to make the pace for yourself. It doesn’t overload you but more nudges you in particular directions off in the horizon or on the compass map. You end up just following each point you can see, which then leads onto to something further and then, add-on the gathering style of play where you’re looking for hidden nodes amongst the trees, bushes and ravines and you end up spending an hour, or two, or even more without really much progress and I couldn’t be happier with that. 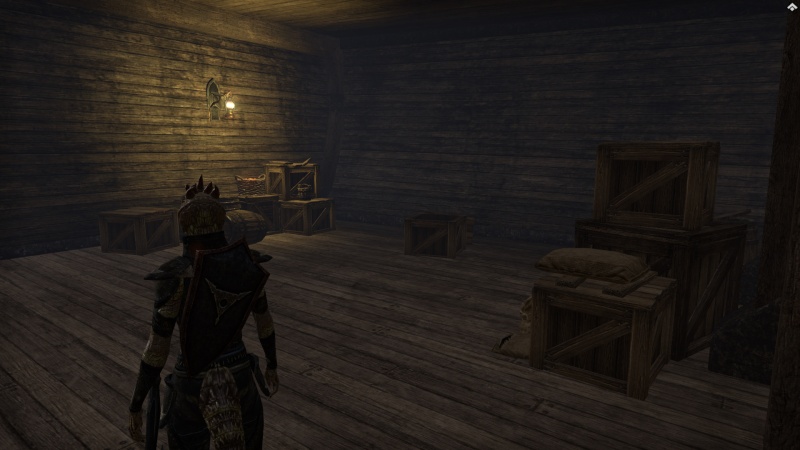 While levelling there does seem to be enough there for groups to enjoy together. The world bosses can be quite tough and most are enjoyable to complete. There are some public dungeon spaces to delve into and explore and scavenge. The more structured dungeons are, so far, a lot of fun as well and that while chaotic at times the mix of skills, strategy and general play are a lot of fun. It’s more like GW2 and rift had a dungeon baby, and I kind of like that mix.

The Rifts, oh ummm… Dark Anchors can be some rather challenging pieces of content but mostly they seem a little mismatched for the zones. They are tough for their levels, very tough and seem to be at the higher ranges of what’s available in that immediate area meaning if you’re questing around them you probably aren’t at the right level and you’re going to get annihilated. They require a fair number of people to complete and there usually isn’t that many around to complete them. I think everyone is more wary about them now as well since they were extremely bugged during beta and still are a little as well as that they are far harder than anything else around. This means they are usually quite empty unfortunately and any calls for help mostly go unanswered. They are just a little too static as well, always in the same spot when they more need to be dynamic around the map and maybe even differing difficulties. The rewards are decent, and I’m guessing once everyone gets their builds and roles sorted they will seem easier but then this should have been accounted for in an early zone.

The AvA is just amazing. I don’t feel too comfortable yet in giving a proper impression or even outline the interesting mechanics and parts as I’ve barely scratched at it just yet but, you can just feel how great this is going to be. The world is just massive, bigger than I expected by far and while most of it is your usual rolling plains it is detailed enough to create a lot of interesting spaces to be used during battle or to just make the world feel more interesting and enjoyable to play in.

Really though, I wouldn’t have cared if it was mostly basic grass plains as the size of the map is what truly makes a difference on how the game plays. It is big enough that you have to take time to move across it. Even with the help of the waypoint system you might be in for a 5 minute trip or much more to get the battle zone or meet up with your team. This leaves a lot of room for further strategy and really seems to diminish the power of the untrained zergs that roam around. It is a fight of attrition and it takes time to get players back after they died which means there is room there for the smarter groups to win. To defend or to capture keeps and control the country side you need strategy and skill rather than just overwhelming numbers.

I’m surprised also just how much room there is for a variety of playstyles. The zergs obviously have their place within the game but every other group in between that, and the solo ganker is just as important. With the space in between waypoints to the fighting spaces groups are needed to secure the passages in between. Our group, on my first night within Cyrodiil basically spent the entire time cutting off these supply lines. Staying hidden until we could get in kills here and there and I’m sure we made a difference at points from our destruction of forward camps and just disrupting reinforcements. It was actually rather funny seeing a dozen of us crawling slowly across the countryside, watching and waiting for the unsuspecting. 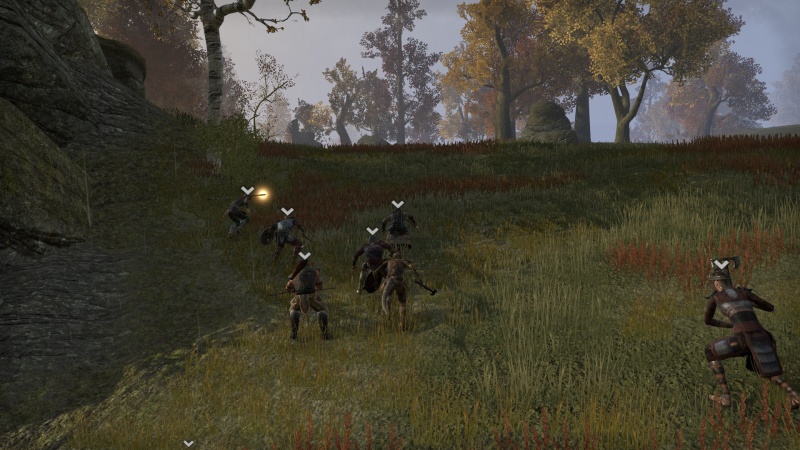 Everyone being able to sneak is actually a great, equalising factor. I original thought it was going to feel extremely gimmicky, popping in and out of stealth but it’s not like that at all. It takes a long while for you to be able to restealth after getting into combat, less of course if your target is now a corpse but it’s enough to leave you more susceptible. What it means is that you are able to avoid fights far easier, to avoid a zerg or bigger groups than you can handle or even just to get away from a fight or to someone else around the map but there are ways to find and reveal such people or even bait them out.

The combat itself is great as well. With the classes themselves and the amount of weapons and armor combinations seen there is a lot of diversity out there in character builds and each particular fight. Fighting feels very active and strategic as well. You do get a limited number of skills but it’s more the level of management involved with their use, when to use a particular resource and such or even which skills to use and when. You can quickly find yourself out of mana and stamina very quickly during combat if you aren’t careful which leaves you much weaker.

The level of group coordination also seems quite important. There is still the need to follow a singular course and maintain a certain distance to maximise skills but there is room to move around this in order to avoid. The skills themselves have some interesting combinations and there is a wealth of support type skills or ways to combine them together in order to maximise the groups potential. there really is a space for near every style of play here, from healing, buffing, tanking, sport and damage and while I think we will definitely see more optimised builds I think these group roles will remain incredibly flexible.This group combat just feels extremely natural, I love it and can’t wait to experience more and just how far it goes in the future.

Cosy in the ESO embrace

The whole game seems to have engage my in a very comforting and enthralling way. It’s not exactly what I’m looking for in an mmo, that would tend to go towards the more sandbox orientated games but, for a Themepark this is pretty alright… no, it’s much more than that.

10 thoughts on “ESO: Loving the Launch”