It’s been a busy week all round for me which I’m so not used to at the moment. The last few weeks have been me just lounging around consumed with the ArcheAge release and now, now I actually had to do things. It’s been good though as I kind of need that kick to go out and be busy as otherwise I would happily do nothing.

I visited Australia Zoo for the first time which is funny, as I’ve heard about it a lot and even been to a few other smaller zoos in Brisbane but not it yet it’s probably the biggest and most well known in Brisbane. I’m sure you’ve all mostly heard of the crocodile Hunter, Steve Irwin. Yep, it’s his Zoo.

It was a great day out. I love going to zoos generally and seeing animals but was expecting it to be more of a small Park mostly focusing on crocodiles and other Australian animals. It was that but they’ve added a huge new section where they now have animals from other spaces. Tigers, cheetahs (so adorable), giraffes, zebras, rhinos and a few others. I’d never seen a rhino before which was nice and others really made a full day.

The good thing about the zoo seems to be that the are regularly bring the animals out of the enclosure to take them around the park for both the animals care and so visitors can see them close up and pat them. My favourite had to be the two huge wombats that were taking the park people for a walk, basically dragging them along behind them and not stopping for anybody.

I didn’t know it until later but for some extra money you can get a close up picture with some of the animals. I would so pay $60 to be next to a cheetah next time… Because eligible fluffy cat.

The other non gaming thing I did was help my dad move house. I have no idea how I got scammed into that one but there I was Sunday morning moving beds, chairs and other awfully heavy things around. It was a full day of this and going back and forth between the two houses. I still, to this day why people bother moving themselves. It’s awful and backbreaking work… Literally. Would much rather pay for it every time.

I ended up catching up on the anime I’ve been watching lately and while I’m still really enjoying Akame Ga kill the others are falling off a little. Sword art online has lost a bit of its momentum. I think it’s a show that just went in two quickly and hard with the big tension filled episodes and now there really isn’t anything to top that. In still enjoying it and want to know what happens next but my excitement has dipped. Zankhyou No Terror has fallen off completely to the point I’m wondering whether to keep watching. The relationship between the rival 5 and out protagonists is just ridiculous and makes no sense bar causing maximum harm. Something that isn’t sustaining as no motivation for that really exists. It’s a show that delighted in the mysterious as well and now that has been lost as well. A bit saddened as those beginning episodes showed so much potential.

Now for the gaming and guess what I played… Again… For the entire week. No prizes given though for correct answers.

I’ve been earning gold pretty well now when the peace zones align from hellswamp and Half. Up to a nice 120 gold now so moving along to get my own cart at a reasonable rate. Sad though as it’s nice just hanging out on the back not worrying about moving. I have heaps of ingredients in reserve now too so when it gets to the weekend I should be able to pump out quite a few trade packs to earn a lot more. I also have a lot of stuff squirmed away now to earn some money with so it might be time to put it up on the AH while the prices are still good. Lots of goat wool and a few hundred logs there plus heaps of other random things.

My biggest progress has been finishing my house off now which is amazing. It’s not decorated at all yet, well not much but your able to use the fireplace as a portal location saving me going to have and getting ganked a few times while loading in or along that road. Much more convenient too when wanting to harvest this on the farm… Which is a lot. 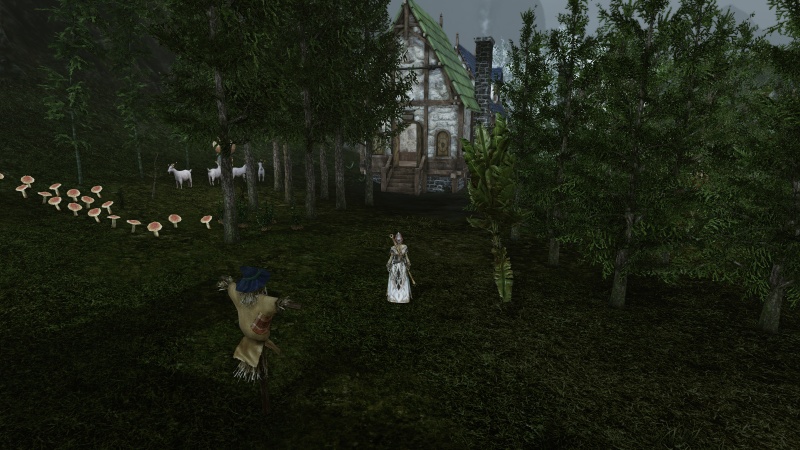 In terms of crafting it’s mostly at a stand still. I was completely out of labour for some time and was scraping by to get my usual farming done. How I got there was trying to level up the Handicraft line by making a heap of rings and wow does that chew up labour. Ended up getting close to 2k but it’s left me short for a while now. I’ve just started getting a nice chunk of labour banked again now and am thinking of getting some labour pots with my… Currency.

One thought on “Progress Report: Animalia”