Life is Strange, Other Games

I really don’t know what to say about Life is strange except that it represents what it aims to well enough for me to start imagining my own odd duck High school story. One involving a lot of finding oneself, struggling with self-image and dealing with the usual pressures and problems.

There are inconsistencies with this story if you look closely, the kind of inconsistencies that would never be part of the usual life. It is one overruled with a constant state of drama that, while is always a part of high school life has been sped up for the state of the story. It’s also the kind of characters and story where, I think they’ve more got their influence from the many tv series rather than having that lived experience to draw from. Now the team there at Dontnod Entertainment is mostly male, so that’s kind of expected but I still want to give them kudos there for even trying and still creating some interesting and endearing characters.

The lived experience of the environment is a true strength of Life is strange as they really take the time to create a believable space for the game to take place in. The layout and design, the little details of posters and graffiti on wall. I just love many of the dormitory rooms, and living spaces as  they just exude so much character. Just seeing these spaces gives you a far better insight into the personality of the characters you engage with and represent. It is a far more natural way of portraying this information too rather than giving some heavy exposition, that never seems enough anyway.

So far the mechanics are extremely well done and polished as well. The time travel mechanic for completing events and playing with the options of an event are rather simplistic but the way you actually explore the world for information and clues is both intuitive yet not intrusive enough to remove that sense of immersion. They are easy to see, to interact with and give information enough for you to know where and what to do to an extent. They way you move around and use these is so much more natural as well, the animations work and are fluid and far less restrictive than the Telltale games. You can just tell they understand adventure game design, the flaws and features and have worked around this to create a game that is a pleasure to actually play for once.

I kind of like the visuals as well. They are incredibly stylised with relatively low poly models and washed out textures but with the colourful design and the way they often use this to direct the player and to focus on aspects of the environment work really well. There are moments as well where the design, the colours and the atmosphere of the space truly create some memorable moments. 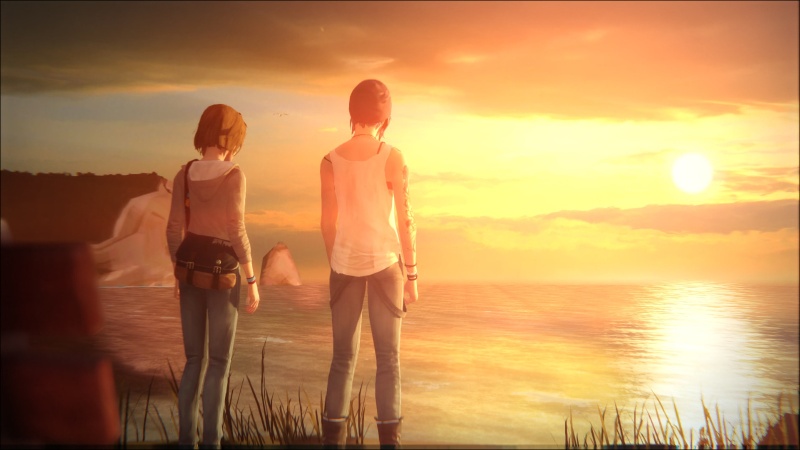 I have to say that I really enjoy this first episode. Now it doesn’t have the in-depth character analysis style play, and maybe not as strong with the wealth and interconnected nature of the smaller stories that you might expect from these indie game, coming of age stories but then this feels far more like a game. A game with a strong narrative, interesting mechanics and a very well designed world.